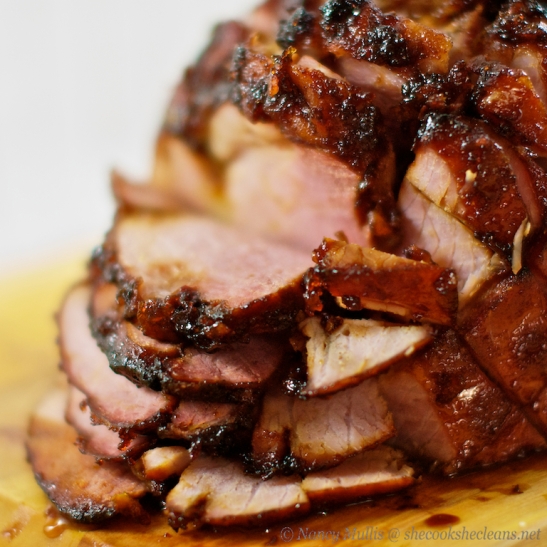 Ham Ham Ham Ham (Glorious Ham)!  Ham is all over the place!  For many people, a glazed ham is the centerpiece of an Easter dinner.  Consequently, when I went to the grocery on April 23rd, the meat case was piled high with hams…and they were on sale!  I don’t know why we don’t have ham more often – it is easy, it is tasty, and there’s always leftover ham for another meal.  So Saturday night, ham was on the menu!

You might think I have abandoned our primal/paleo dining principles since the title of this recipe sounds so very confectionery.  Well, glazed ham just has to have a sweet glaze…it’s a law of the universe.  I did what I could to take out processed sugars and sweetened it as naturally as possible.  Besides, the glaze is spread all over the ham, so the amount of carbs per serving isn’t as bad as eating the glaze out of the pan with a spoon (which I would NEVER do..cough, cough).  The main ingredient in the glaze, Polaner Orange All Fruit, has pieces of orange peel in it, which turn into tiny candy-like bits when cooked with the syrup and molasses.  All this caramelizes on the ham in the oven.  It was impossible for either of us to keep our hands off it – untold quantities were consumed in the short time allowed to photograph the ham.

I was inspired by this recipe from Rufus’ Food and Spirit Guide…thanks Rufus and Mrs. Rufus! 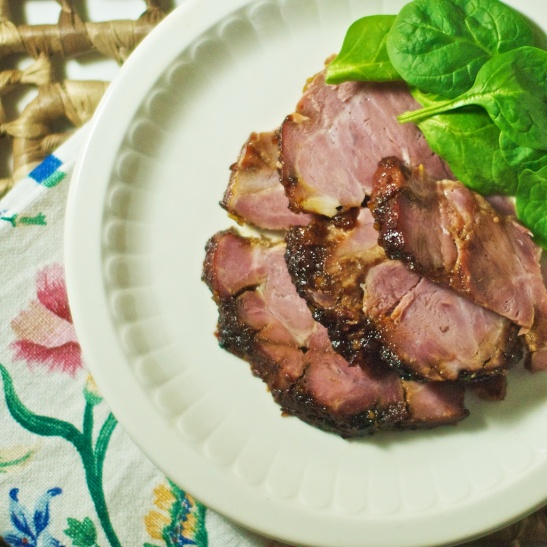 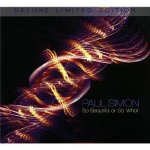 Although not as sweet as the ham, the new Paul Simon album, So Beautiful or So What

is nearly as tasty. Reunited with producer Phil Ramone, Simon sounds energized and tuneful as ever here, with standout cuts being “Getting Ready for Christmas Day” and “The Afterlife”.