Back when I played tennis, which was one broken ankle and more than a few years ago, my team may not have always have won the match but, by god, we always had a great table of food.  Not being one of the best players on my team, I liked to think that I somehow made up for having lead feet by bringing a homemade offering of something tasty .  Making “dip” was my favorite contribution – it doesn’t sound like much, but hey, they kept me on the team!  I wish I had known about this dip back then, although it might have been too distracting to the people on the court for all the oohing and awing that would have ensued.

This recipe is a hybrid of Ina Garten’s Roasted Eggplant Spread and a basic recipe for baba ghanoush.   I couldn’t decide which recipe to go with, so I came up with a blend of the two.  Call it indecision or call it inspiration – as long as you call me when it’s ready!  (Har…)  I roasted the vegetables in the oven, but this would be even better with grilled vegetables!  We ate this as a mid-afternoon snack with some gluten-free almond crackers; you can be sure it would disappear equally fast with pita triangles, vegetable sticks, bread of any sort, or even as a topping for pasta or zucchini noodles.

Be sure to pour some high quality extra-virgin olive oil over the top – the sweet fruitiness of the olive oil contrasted with the more earthy and spicy eggplant and peppers is phenomenal!  I highly recommend Kotinos Extra Virgin Olive Oil from Kasandrinos Imports.  (Join their facebook page and look for special deals.)

Seriously, you may want to double this recipe – or if you are taking it to a tennis match, triple it and keep some at home for yourself!

Cut the eggplant up into 1-inch square pieces.  (Before cutting, I like to take off some of the skin in stripes around the eggplant.  Up to you.)   Cut the red bell peppers into 1 inch strips.  Toss the eggplant, peppers, and garlic in a large bowl with olive oil, salt, and several grindings of pepper.

Spread the vegetables on a parchment-lined baking sheet in a single layer.  Roast for 35-45 minutes, tossing once during cooking, until the vegetables are soft and lightly browned.  Remove from oven and allow to cool slightly.

Place the vegetables in a food processor; add the tahini, cumin, cayenne, lemon juice, and another glug (or two) of olive oil.  Process in pulses until blended.  Season to taste with salt and pepper.  (Try to avoid over-processing or it will become paste-like in texture.)

Drizzle with more olive oil on top, and serve warm or at room temperature. 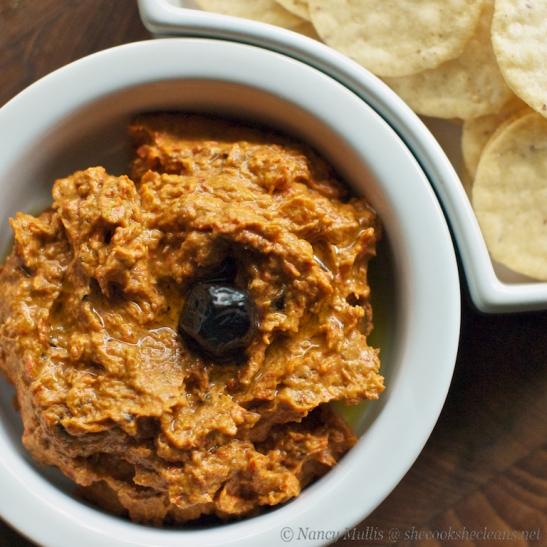 Today we hail the “corndog from Pedro”, Mr. Mike Watt! Originally a Minuteman with D. Boon, Mike has been one of the busiest players in the punk rock scene for many years. I interviewed him in 2001, and found him to be as nice a guy as you can find in the business. Since then he’s played bass for the reformed Iggy and the Stooges, among others. The band he formed after the D. Boon’s tragic death called fIREHOSE has been the subject of a reissue, lowFLOWs: The Columbia Anthology (’91 – ’93) (2 CD)

, and it gives you a glimpse of his energetic trio in all their glory.

Second up is a interesting piece of work, Spielgusher

. Watt on bass, and rock journalist Richard Meltzer on “spiels”…its a rambling, woozy affair with an eclectic backing, from punk rock to surf music and all in between.