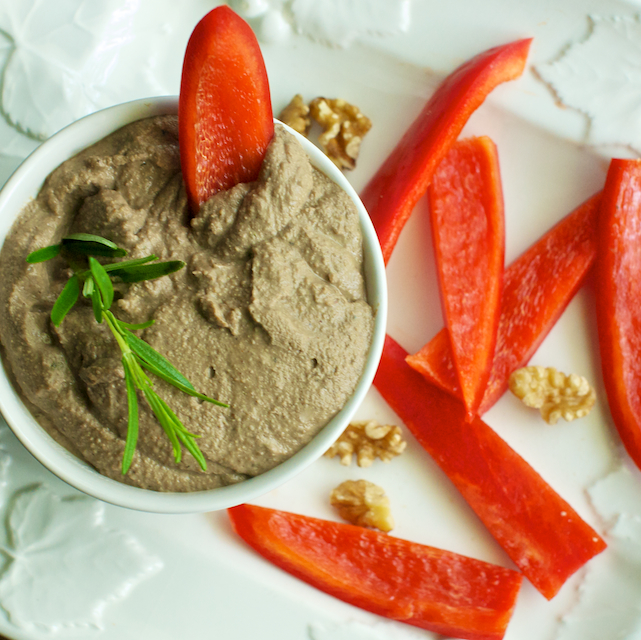 We are trying to become more adventurous in our food selection, particularly when the food in question is super-good for you.  Like liver.  Liver is one of those things that I have really tried to like…it smells pretty good cooking – but the first taste always turns my mouth inside out.  I have to confess, I still don’t particularly enjoy the unadulterated taste of liver.  Now pan-seared, luscious foie gras…that’s completely different and I could have it every day!  I digress.

Lured by the amazing nutritional value of liver, I decided to give it another try.  I found this recipe at Balanced Bites by Diane Sanfilippo, which, by the way, is an excellent resource for people interested in Paleo nutritional issues.  Maybe it was the red wine in the paté that drew me in, or her description of eating liverwurst at her great-grandmother’s table when she was a child. Maybe it’s because one ounce of liver has the following nutrients (info copied from Balanced Bites):

I ordered up Free Range Chicken Livers from U.S. Wellness Meats.  They come in a 1.5 pound package, which makes quite a bit of liver paté!  Since I am such a liver wimp, I modified the original recipe by adding more spices and a little sweetness to “tame” the liver taste.  What I ended up with, I can honestly eat with a spoon!  I even crave another spoonful, sitting here.  So far I’ve tried it with some sweet red peppers, and I’m looking forward to seeing how well it will go with bacon (Bacon!) and eggs in the morning.

Rinse the livers in cold water and drain in colander.  Sauté the livers and onions in 2 or 3 tablespoons of butter until the livers are browned and the onions are tender.

Stir in wine, garlic, mustard, rosemary, thyme, and 2 tablespoons of the lemon juice.  Cook uncovered, until most of the liquid is gone.

Transfer the mixture into a food processor and blend into a smooth paste.  Add about a 1/2 cup of butter, one tablespoon at a time, until the paté reaches a smooth, creamy consistency.

Next, adjust the seasoning to your taste.  Start with the amounts of honey, cinnamon, nutmeg, cayenne suggested above, then add more if you think it needs it.  A little allspice might be good too.  Add salt, to taste, and plenty of black pepper!  I also added the rest of the lemon juice.  Just keep pulsing and tasting until you have it where you want it!

Place in a shallow dish and refrigerate before serving.  Suggestions for garnish (optional):  Cracked pepper, a sprig of fresh thyme or rosemary, maybe some crumbled bacon?  Enjoy as a spread or a dip (or on a spoon)!

What goes good with chicken livers? How about some chicken pickin’? And what’s that, you ask? It’s country music featuring somebody playing the hell out of a Telecaster, basically! Here’s two great examples to get you started. First, one of the finest guitarists ever, the great Clarence White. Started flatpicking bluegrass with his mandolin playing brother Roland as a child, became a member of The Byrds, and released several interesting solo works, such as Nashville West Featuring Clarence White

, just an amazing collection of White rippin’ it up, Tele-style. Sadly Clarence White was taken far too early by a drunk driver, but his music will be around for a long, long time.

And perhaps the master of chicken pickin’, the legendary Don Rich! A member of Buck Owen’s “Buckaroos”, his clean, melodic style and nimble phrasing has made him the man to copy if you’re a fledgling country guitarist. Any Buck Owens record with Rich is a good one, and this collection, Country Pickin’: The Don Rich Anthology

gathers a lot of it in one place. So enjoy some twang with your chicken liver pate! 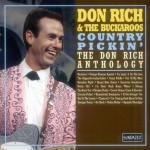