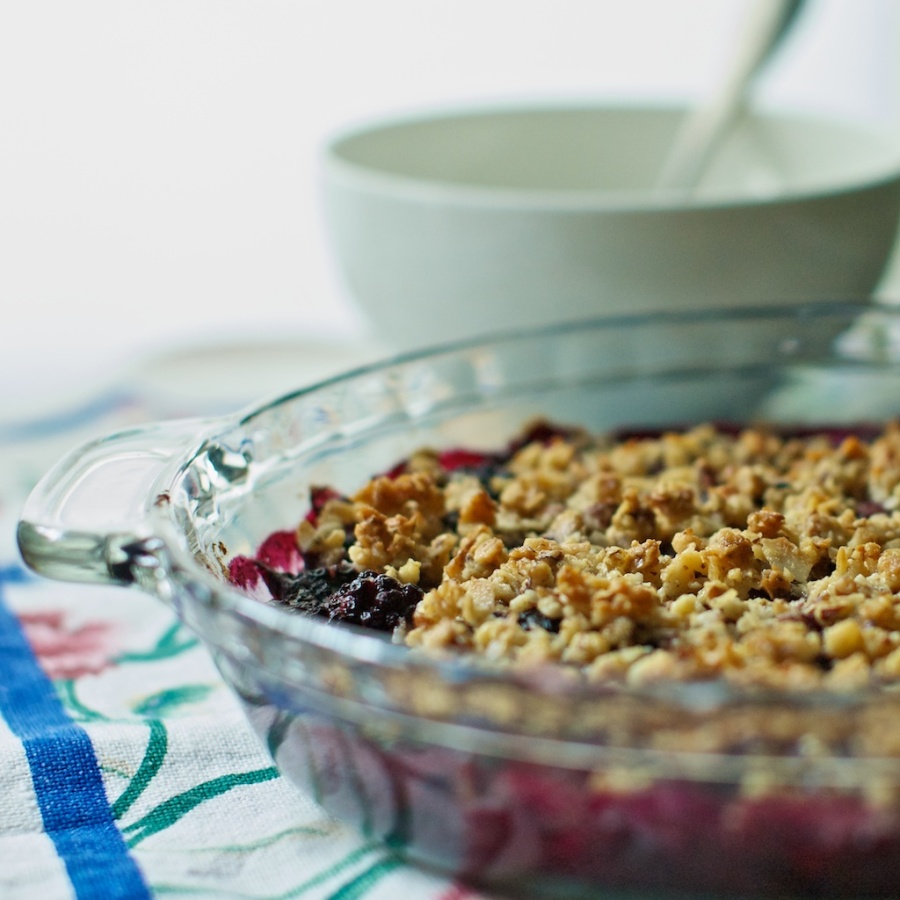 This recipe is gluten free and paleo-friendly!

Summertime has landed here in Georgia like an unwelcome meteor.  With temperatures flirting with 100 degrees and the unrelenting, damp hot towel of humidity outside, I’m ready to keep my cold-loving self indoors until Mother Nature is more accommodating.  It’s not any secret that I detest summer, but I’ll try to say something good about it.  Bugs…no, thanks.  Um….(insert Jeopardy music…).  Oh!  The baby birds outside the front door are nice!  And lots of fresh produce – there’s something!

I’ve been wanting to make an old-fashioned berry crisp, but there’s the sugar, flour, and oats that I would like to avoid.  I put this recipe together, adding dark chocolate chips and a little sweetness to the berries in the hope that it would meld together.  Then for the crust, lightly processed nuts and coconut do a pretty good job mimicking the traditional crispy oatmeal-sugar crust.  This crisp isn’t overly sweet, but it has a nice complexity of textures and flavors that will satisfy your sweet tooth!

Pour the berry mixture into the plate, making sure the chocolate chips are more or less evenly distributed and not in a clump.

In a small food processor, pulse the nuts and coconut flakes together until coarsely and evenly chopped.  (Or chop coarsely by hand.)  Using your hands, quickly mix the butter into the nut mixture, until evenly coated. 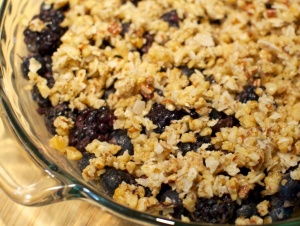 Top the berry mixture with the nut mixture, leaving small gaps for the berries to bubble through while cooking.

Bake for 25 minutes, or until berries are bubbling and the crust is crisp and lightly browned.

Serve warm with heavy cream of your choice (coconut or dairy). 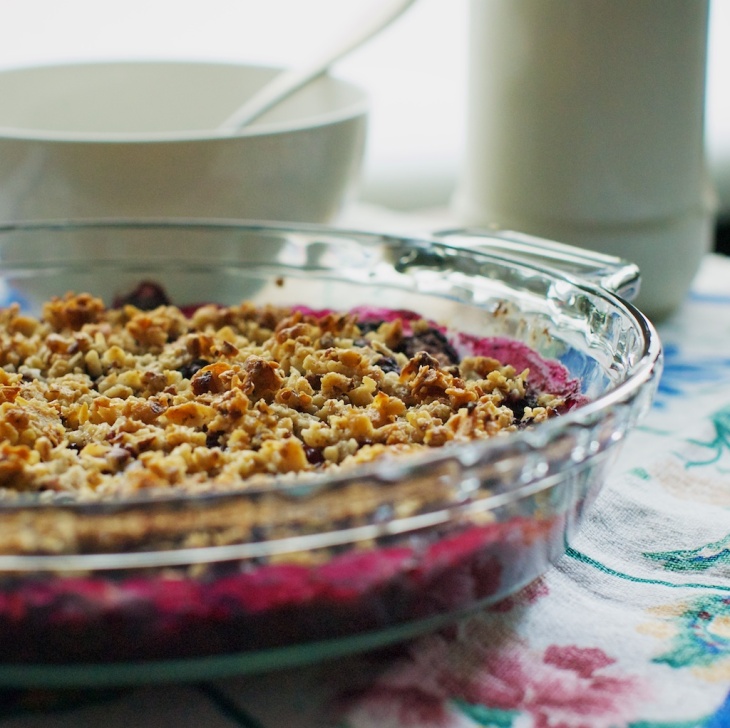 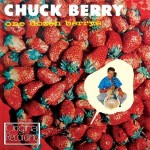 Berries? My favorite berry is…Chuck! Har, groan I know. But this is where it all started- that classic sound and wry lyricism of Chuck Berry, such as on his second album One Dozen Berry’s

with “Sweet Little Sixteen”, “Rock and Roll Music” and more. Maybe not as sweet as the Berry Cocoa-Crisp…but nearly as tasty!