January 9, 2012 Author by She cooks...He cleansPosted in Beef, Entrees, Sauces, Marinades, and Rubs

Last year we bought a 1/4 grass-fed cattle share – most of which has been consumed.  There were a few odd cuts of steak remaining, like this large package labeled “London Broil”.  Now best I can tell, “London Broil” is not the name of a cut of meat, it is more of a preparation method.  My guess is this piece of meat is a top round steak because it is very lean and it is pretty large (around 2 pounds).  Top round steak has a nice beefy taste, but it can also be chewy and tough unless prepared correctly.  You could also use flank steak, sirloin, or skirt steak for this recipe.

I marinated this steak for about 6 hours for additional flavor, using a marinade recipe with lime, garlic, and ginger slightly modified from Mark Bittman’s How to Cook Everything.  He suggests leaving the meat in the marinade for 1 to 2 days to really soak up those flavors, which I would recommend.  At six hours, the garlic and ginger flavors were there, but subtle.  However, I probably overcooked our steak a little, trying to photograph it in the dark by lantern light.  Even so, the steak turned out pretty well and was great with grilled multi-color bell peppers and eggplant slices!

Since this is not a tender cut of meat, it should be sliced thinly across the grain when serving – this keeps it from being chewy.

Make shallow slashes across the surface of the steak with a knife.  Place the steak in a resealable bag or shallow glass dish.  Pour the marinade over the steak and rub it into the surface well.  Marinate, refrigerated, for at least 2 hours, or up to 2 days.  Turn occasionally so that all surfaces of the steak have good contact with the marinade.  When near the end of the marinating time, remove from the refrigerator and allow to return to room temperature.

Prepare a grill for direct cooking at 450-500 degrees.  Dry the steak well with paper towels.  Season with freshly ground pepper and salt.  (Go lightly on the salt since coconut aminos and fish sauce may be salty.)

Grill the steak for approximately 5 minutes per side, until internal temperature reaches 125F.  Let steak rest for 5-10 minutes before slicing, covered, to allow the meat to relax. 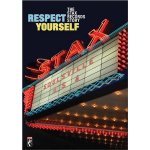 Went to Memphis a few weeks ago- talk about food!- but in between bouts of ribs, saw some local history at the Stax Museum. Fascinating place, with loads of exhibits and music of one of American’s foremost and influential labels. For a great look at its history and the legendary artists who recorded there- Otis, Booker T and the MGs, Isaac Hayes and more, I recommend Respect Yourself: The Stax Records Story

. Vital. America wouldn’t be the same without it.

Before Stax, future members of Booker T. and the MGs- Steve Cropper, Duck Dunn and Booker T, hooked up with high school classmate Charles “Packy” Axton and cut a bunch of sides to regional success. Packy was the son of Estelle Axton, who would go on to found Stax with Jim Stewart. These early southern soul

sides have been collected on Late Late Party

, and it’s great. Raw, gritty blues and soul, and you can tell future Hall of Famer Steve Cropper’s stinging tone early on.